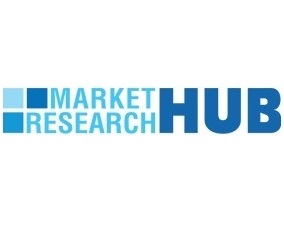 Albany, New York, May 12, 2017: Market Research Hub (MRH) has recently announced the addition of a fresh report, titled “UK Cigars and Cigarillos Market Report 2017” to its report offerings. The report provides extensive and highly detailed current and future market trends in the UK market. It covers market size and structure along with per capita and overall consumption. Additionally, it focuses on brand data, retail pricing, prospects and forecasts for sales and consumption to 2025.

„Cigars and Cigarillos in the UK, 2017“, is an analytical report by GlobalData that provides extensive and highly detailed current and future market trends in the UK market. It covers market size and structure along with per capita and overall consumption. Additionally, it focuses on brand data, retail pricing, prospects and forecasts for sales and consumption to 2025.
The UK cigar market is quite sizeable in Western European terms, although the overall market has contracted considerably over the review period and there is no evidence that this trend is coming to a halt. As of 2016 the market stands at 355 tons.

Scope:
– Miniatures accounted for 69.8% of total volume in 2016 to make them by far the largest segment within the market.
– Sales of large cigars have also been falling back but as a share of sales at a much slower rate than for small cigars with stability evident recently.
– UK production is largely geared towards meeting domestic demand, although some output is for export markets.
– The market is increasingly supplied by imports.
– Cigars are subject to two, or in the case of imported cigars of non-EU origin, three taxes in the UK: excise duty, value added tax and import duty. Unlike cigarettes, cigars and cigarillos are subject to a purely weight-based excise duty.
– The market is mainly supplied by two brands: Scandinavian Tobacco Group (STG) and Gallaher (JTI).
– The prevalence of cigar smoking is low and it is currently estimated that only 1.1% of adults (1.9% of men) smoke cigars.

Reasons to buy
– Get a detailed understanding of consumption to align your sales and marketing efforts with the latest trends in the market.
– Identify the areas of growth and opportunities, which will aid effective marketing planning.
– The differing growth rates in regional product sales drive fundamental shifts in the market.
– This report provides detailed, authoritative data on these changes – prime intelligence for marketers.
– Understand the market dynamics and essential data to benchmark your position and to identify where to compete in the future.