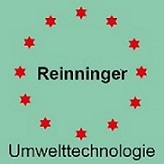 (Lehrte, 07.09.2016).It is something a utopia, something will never be reached. has quite different about the inventor Nikolaus Reinniger thought when he is a cutting-edge technology developed with his son, to produce electricity, to which one does not require any resources, no oil, no gas, no coal and no nuclear power. be overland power cables or laid in the floor no longer needed. Each municipality has its resources to produce electricity. She just needs water, air, turbines and generators.

Relationships with countries wich are owned by oil, gas, coal or, nuclear power could be used for other purposes, such. As for upgrade the infrastructure, agriculture and the technologies of the inventors Reinninger. The new technology would slow and steady mean the phasing out resources wich can otherwise be because better, especially as they are becoming increasingly scarce. It is to use an insanity agricultural land to produce bio-diesel.

Especially for the world–s growing number of poor hardly find affordable housing and can barely pay the rising energy prices. Industries could free themsef o its dependence on coal, gas and electricity. For information on technical specifications of the new cutting-edge technology available to interested parties the company Reinninger disposal. The functionality of the technology can be visually inspected on site. Whether airports, residential buildings, on farms, e-service stations or hill stations, the system can be used anywhere and „cheap“ produce electricity.

State of development: The model of the system is operational and waiting to be used in industry. These partners are sought to build plants at different scales and market. It talks are underway with a larger economy. The Rein Inger family is German and European partners an open mind. You want to avoid investors buy the patented investment, in order to disappear of the market to protect coal, gas and coal lobbies before this promising invention.

In the family business is research since 1972 on technologies including bulletproof wheels and tires include those german army vehicles and armored limousines are equipped. The pure Niger have established their reputation by „exhaust Hamster“, purification of heating gases, flue gas cleaning u. Heat recovery systems save all current